The ls command can list the files and folders either in the current directory or on a remote path. 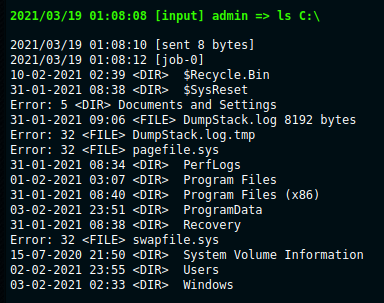 The remote path is accessed over SMB and a user should have appropriate permissions/token to access them. The make_token command can be used to create a token using credentials of a user to access a remote network drive. 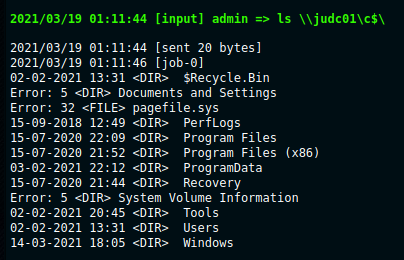 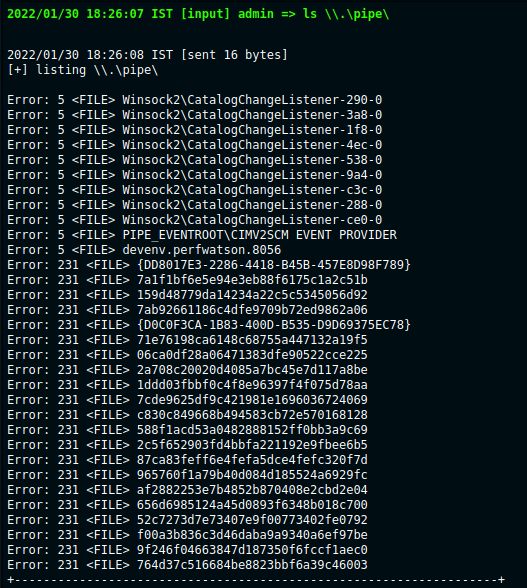